The Groton Forest Trail Race this past weekend was a test of my fortitude, which was supported by my active imagination, sense of humor, and skill to see Star Wars figures when my trail running mates do not. 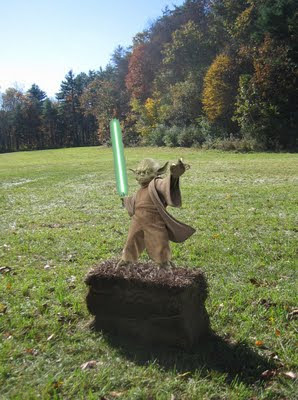 I arrived early, registered and set out to snap photos of the course. Walking along the pebbled path freckled with light, I enjoyed the fall air and rain-free day when something called my attention to the right. In bright and open field waited a single bail of hay. I hopped the fence and —for no particular reason other than a curious urge to see it more closely— I headed towards it.

Then the Yoda appeared and said, 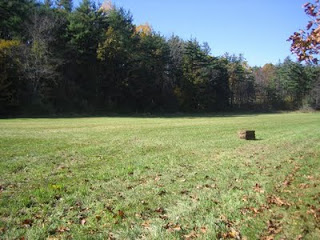 "Train yourself to let go of everything you fear to lose."

I knew what he meant.
When I began to ask him about what fears and which losses? He'd vanished. With that advice, I walked back through the woods to my car and prepared for the race. Still I felt unsettled in mind and body. 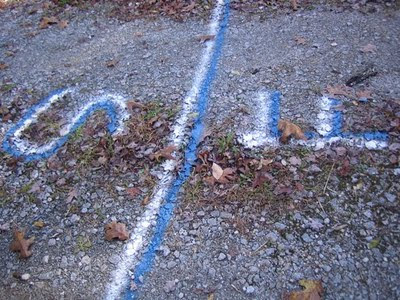 I was delighted to see some friends showing up and who were also willing to get the blood flowing with a warm-up. Dan and KZ finished up their long pre-race run as Bill and I headed out for an easy two miles. About 25 minutes later we all gathered for the start as RD Paul Funch, described the "relatively straight-forward" course marked with white trail blazes, confidence ribbons and ground arrows. No sooner were we off! I saw Michelle, Bill, Thom and Bob for all of 30 seconds as they pulled ahead along the single-track. 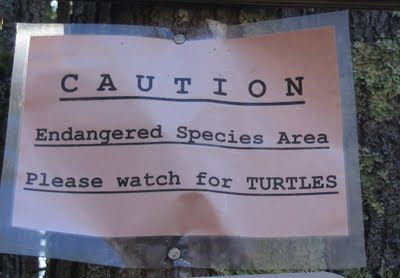 Planning for this to be my last harder-than-usual effort (for me) before Stone Cat, I aimed for a 10:oo to 10:30 minute per mile pace. While I managed to average that in the end (10:18), yet the pace of my various miles revealed dramatic unevenness—like the terrain—and my stomach. 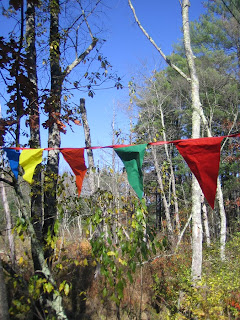 This race was tough for me mainly due to my nausea throughout the 9+ miles. Several times in the woods, I prepared to toss my cookies. Fortunately I did not. After retracing the possibilities this week, I suspected some past expiration-date Nuun hydration tablets. (Bad Jedi. I forgot to check!?)

"Much to learn you still have."

I hadn't used Nuun for months since switching over to another running nutrition system but at Groton I decided to use them up for the shorter distance race. Combined with two weeks of poor sleep, inadequate hydration and faster-than-usual tempo running, I completed the Groton test with a bonus ankle twist! YOW! 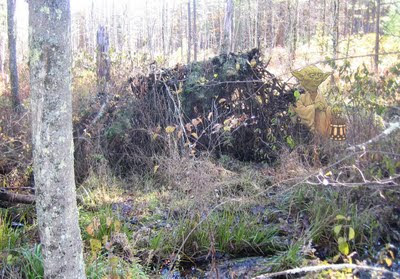 Basically The Force wasn't flowing at Groton. My sense of humor and smiles were! Thank goodness for friends and post-race gathering, too!

Note: On a group run in Willowdale, Dan joked that I "saw" the Yoda. I thought I would let him know that little Jedi cheered us on at the Groton finish line!

Fear is the path to the darkside. Fear leads to anger.
Anger leads to hate. Hate leads to suffering.--Yoda
Posted by Trail Pixie Trespas

You write the best race reports. Have fun at Busa. It's one of my favs.

oh my god Em...how do I love thee..let me count the ways..
1. You are probably the wittiest(is that a word) person I know
2. Your blog is so much better then mine...you inspire me to write from the heart and be positive and not be a melancholy fool.
3. You always look so damn cute!!!!

"Try not. Do or do not, there is no try."
Hope you don't mind but I'm going to steal this one and use it on my blog.